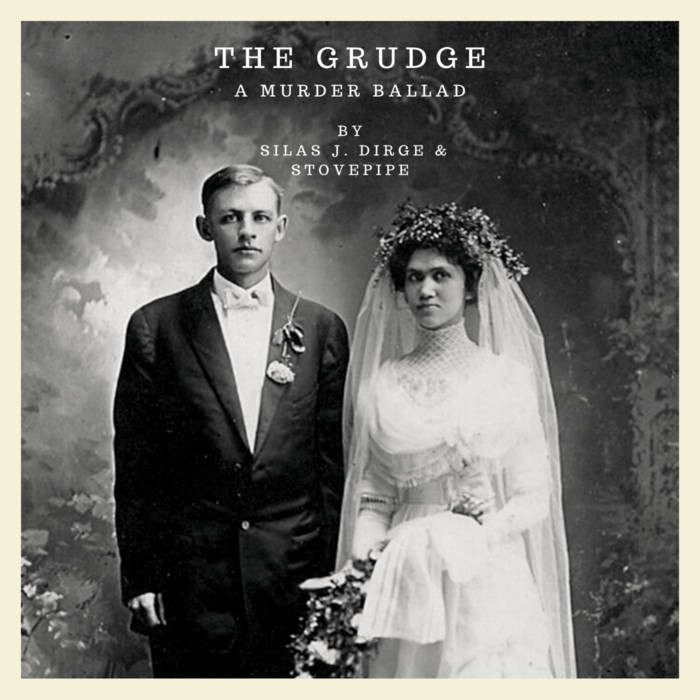 There’s nothing like creativity to help people get through a pandemic. And that’s exactly what artists Silas J. Dirge and Stovepipe did with their first co-written song “The Grudge”. Even though they live in completely different countries, they still came together to make this eerie, narrative-rich murder ballad.

It’s a tale of friendship, betrayal, love, and a sharp, murderous axe.

Netherlands’-based artist Silas J. Dirge makes music that sounds much like old country legends like Johnny Cash, Patsy Cline, and Hank Williams, to name a few. Yet, there’s a dark, spooky vibe casting a shadow across them. His songs are also vast soundscapes, becoming more layered and rich with each listen. Lyrically, his songs are much like scary, dark tales told around a campfire.

Stovepipe is an American-based singer-songwriter and one man band. He also performs country-tinged folk tunes that explore the darker corners of life, which he refers to as “Haunted Americana.” His songs are musically a brew of Tom Waits and Tom Petty, but with plenty of punk influence as well. He plays drums with his feet, and an assortment of custom built guitars built from object that include a OUIJA board and even an axe.
Find his music on onestovepipeband.bandcamp.com

Together, they are a pairing that’s as perfect as whiskey and cigars. So turn the lights down low, stoke the fire, and enter into this spooky, homespun musical tale.

In your message
A rueful passage
On the grudge you bore

On your bedside
A photo of my once bride
Don't worry friend, I'm happy for you too

Bandcamp Daily  your guide to the world of Bandcamp